Dr Ishari K.Ganesh has acted in more than 15 films during his school and college days. He is constantly approached by his friends in the industry to star in guest roles. He is also being featured in Super Star Rajinikanth’s movie, “Robo 2.0”. In partnership with his close friend Mr Prabhudeva, he had produced many movies that made huge box office success in Hindi, Telugu and Tamil.

The group has a production house “Vels Film International” producing Films for the Tamil Film Industry. This production house has to its credit several successful films. Dr Ganesh’s late father Shri !sari Velan was a renowned comedian in Tamil Cinema of yesteryears and that inspired him to act in several films as well. 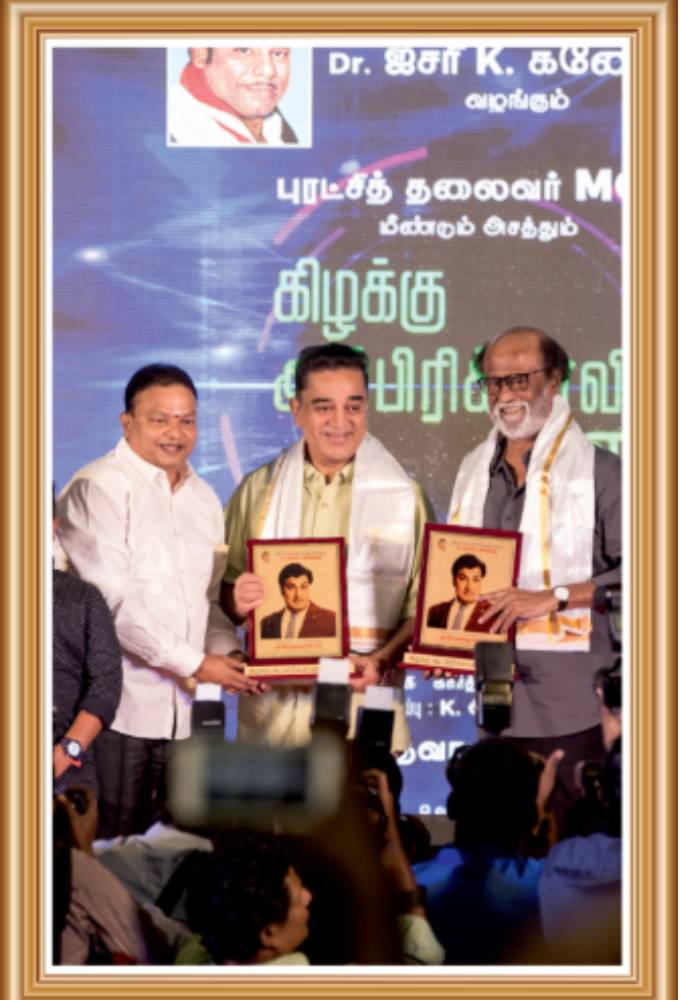 Being born to a great actor and comedian, entering the film industry was a natural progression for Dr. Ishari K. Ganesh. His first acting stint was in the school plays of Kennedy English School. He was bestowed the best actor award for his performance in the school play. His acting career continued through his college day, acting in more than 15 films.

Dr. Ishari K. Ganesh’s father Shri Isari Velan was a renowne d co me dian in Tami1 Cinema of yesteryears and that inspire him to act in several films as well. He is constantly approached by his friends in the industry to star in guest roles.

Dr. Ishari K. Ganesh is a lifetime member and one of the few trustees of South Indian Artistes Association and Nadigar Sangam Charitable Trust.

A Landmark Project in Movie Industry

Vels Film International, a film production venture of Dr Ishari. K. Ganesh has embarked on a landmark project. KizhakuAfrikavil Raju, a dream project of former Chief Minister of Tamil Nadu, has remained a dream as he was occupied in active politics. To make his dream a reality, Dr Ishari K Ganesh has ventured to produce this dream movie as a gesture of respect for the evergreen friendship between Shri Isari Velan and Dr MGR.